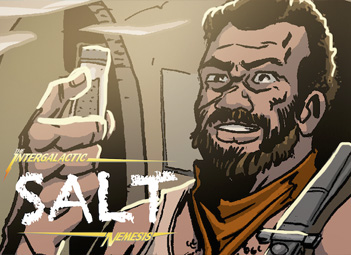 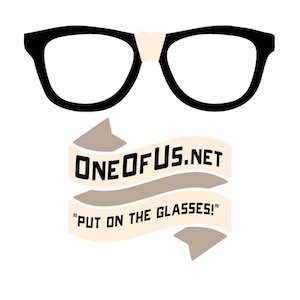 salt: the lives and times of Jean-Pierre Desperois

Jean-Pierre Desperois, a secondary character in Target Earth, tells his own story in SALT. Born a slave in Haiti in a voodoo ritual with the power to travel through space and time. Now lives in Tunis. Smuggles salt. On his payroll: crooked cops and hard-to-manage employees. When local gendarme Michel du Prix tells him about some corpses found in the desert, Jean-Pierre thinks nothing of it. But when the bodies start piling up, Jean-Pierre is implicated. Armed with nothing but his “baka” and his “ku-bha-sa”, Jean-Pierre tries to get to the bottom of the situation. But he’s in for more than he bargained.

The first season consists of twenty half-hour episodes, narrated by Jean-Pierre himself. Written by Jason Neulander. Voices by Jason Neulander, Buzz Moran, Danu Uribe, and Julie Linnard. Music by Adrian Quesada. Produced with sound effects by Buzz Moran. Proudly podcasting at One of Us. Listen to season one!

Yep! That’s the plan. Jason’s still finishing it though. So when the first season is over, expect the novel and e-book shortly thereafter!

Baka (ba-KAH) – a pendant that Jean-Pierre wears around his neck. It supposedly contains the soul of his father.

Cheval (sheh-WAHL) – horse, a person possessed by the spirit of a Lwa

Legba (LEG-bah) – one of the Lwa. Jean-Pierre’s father.

Lwa (luh-WAH) – a Haitian spirit. Can have god-like powers.

Vévé (vay-VAY) – a drawing made in powder, representing a Lwa. There are many vévés that can be drawn.