By Jason Neulander on September 24, 2013 in Uncategorized

This summer we got to rest and relax a little, which was a much-needed respite from the intense tour schedule and general insanity of this past spring. Some of us got into meditation, others of us relearned how to exercise. We all dropped a few unnecessary pounds, except Kenny who grew, like, three inches!

Last week, we kicked off the new season and it totally rocked. First off, we have several new members of the team that brought a great new energy: Brock England has stepped in as Timmy and Dr. Webster, George Stumberg IV has stepped up from subbing as our audio technician to our new Front of House Sound Engineer and Technical Director (what a title!), and Erin J. Hause has joined us as our new Associate Company Manager. Welcome to the team, boys! Meantime, Cami Alys continues on Foley, Danu Uribe and Chris Gibson each come back to perform Molly and Ben, Kenny Redding Jr. is back on keyboards, and it’s all once again led by the incomparable Jessie Douglas, Company Manager extraordinaire! 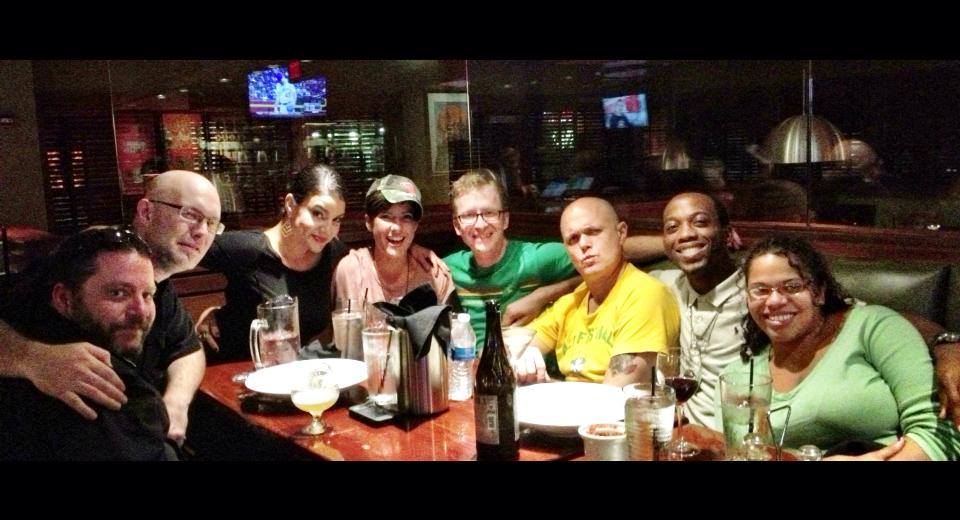 Our first gig of the season was at McCain Auditorium at K-State in Manhattan Kansas. Why? Because they asked! And what a gig! We performed both Target Earth (Book One) and Robot Planet Rising (Book Two). The houses were among the most responsive and enthusiastic we’ve ever performed before. As Chris put it: “When they started laughing at the cabbie [the Scottist driver at the top of Target Earth], I knew it was going to be a good show.” And they didn’t stop laughing there. It was a serious par-tay in Intergalactic-ville. Huge thanks to Todd Holmberg for booking us in. What an awesome way to start the tour.

Of course, we always need to keep it real in fantasy-land over here, so it wouldn’t be a real gig without some mishap. And lucky Jessie Douglas was the one to kick off that party. Literally.

We were walking in on day two of the gig to set up for Robot Planet Rising. The theatre was dark. Jessie started very carefully walking across the stage and I joked to her to look out for the alligator pit. Seconds later, her ankle got in a fight with a wedge monitor… and lost. One icepack later and she and I were off to Mercy Hospital to get it x-rayed. 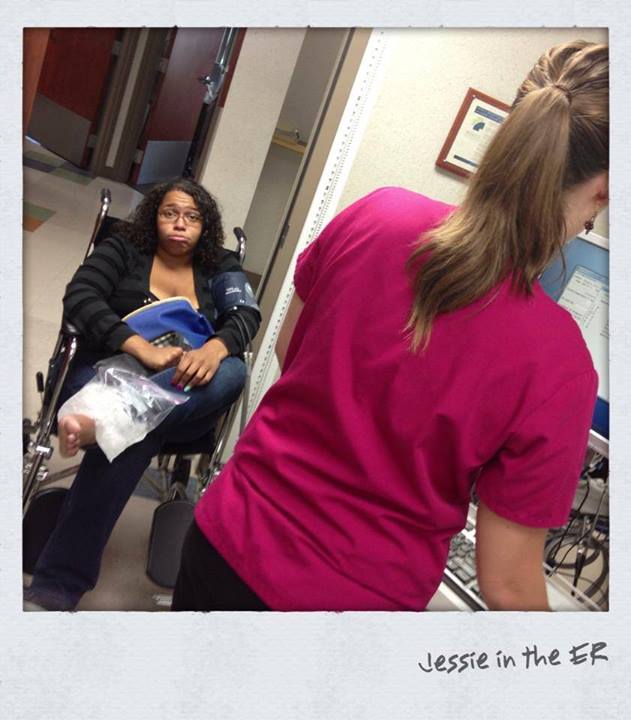 Thankfully, nothing was torn or broken, but she still needed to get crutches for a sprained ankle. Hopefully she’ll be fully recovered by our gig in Kerrville TX this Friday. The rest of the tour schedule is HERE.