By Jason Neulander on July 31, 2012 in Uncategorized

The Zygonians are on the loose and on August 18, the Paramount Theatre in Austin, TX, is going to be covered in their slime. We’re performing a double-feature of Book One and Book Two that launches an international tour. This is the last chance to see the show in Austin for quite a while, so don’t blow it! Click HERE to join the sticky, gooey, fun!

As a lead-up to the tour, and in celebration of our new international status, there are a few free and cheap events you should know about:

But the big event is in less than three weeks: 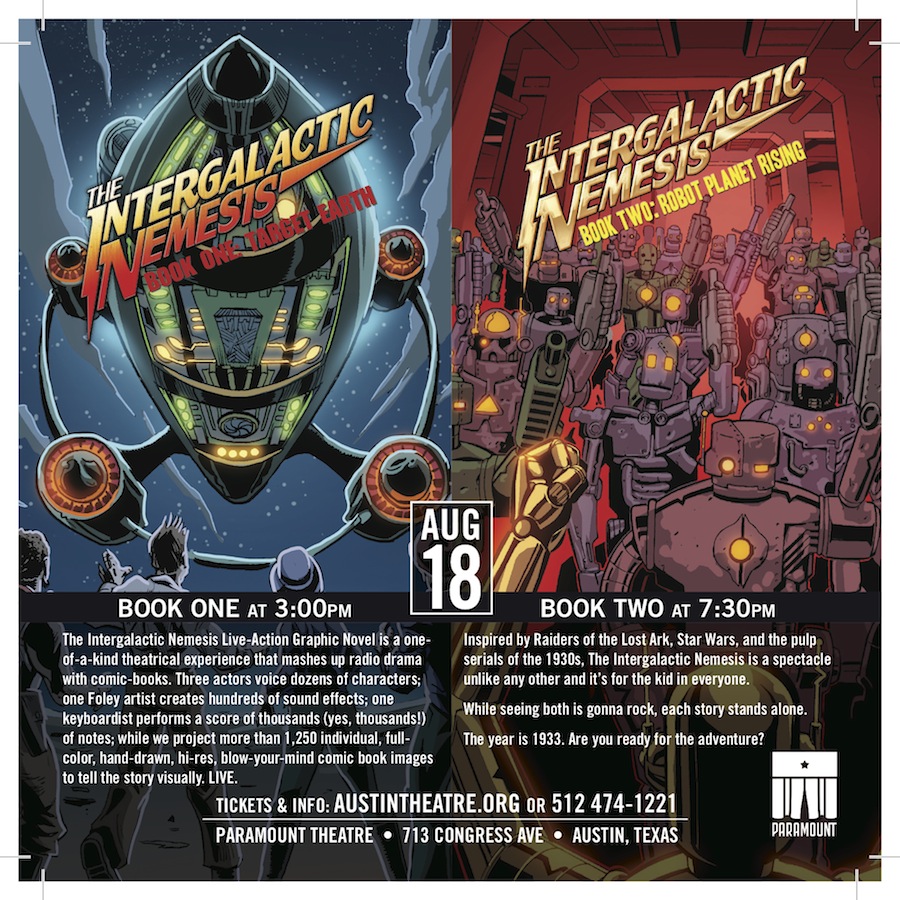 Book Two world premiere – a hit!
Sold out at the Paramount